Information for your day trip to Norman Island

Where is Norman Island?

Norman Island sits East of St. John and just seven miles south of Tortola at the southern tip of the British Virgin Islands.  It is 2.5 miles long with a total land mass of only 600 acres and feels like it is a million miles from anywhere.

It is one of a number of islands reputed to be the inspiration for Robert Louis Stevenson's pirate novel Treasure Island. It is said that the island was named after a pirate who bought or leased it at some point during the early 18th century, although supporting evidence for this contention is difficult to find.

However, Norman Island also has a documented history of pirate booty being stowed upon the island. In August 1750 a Spanish treasure galleon named Nuestra Señora de Guadalupe sought shelter from a storm on the North Carolina coast. The crew mutinied and the treasure, said to consist of (amongst other things) 55 chests of silver coins, was loaded into two Bilanders, one of which was manned by Owen Lloyd. The first vessel perished, but Lloyd escaped to St. Croix. After disposing of some of the money, he proceeded to Norman Island where the treasure was buried. Lloyd and his crew were later arrested in St. Eustatius, but word of the treasure spread, and residents of Tortola went to Norman Island and dug it up for themselves. Part of the booty was later recovered by Gilbert Fleming,

Rumors persist of more pirate gold to be found on Norman Island, although to date no applications have ever been made for treasure trove.

Fortunately, it still has some of that swashbuckling vibe today. The entire island is uninhabited but its many protected bays are big with the sailing community for their tranquil waters and defense from serious weather.  One of the most popular anchorages at Norman Island is known as The Bight, a calm body of water that is constantly dotted with cruisers and sailing yachts.  There is a beautiful sandy beach that is home to 2 bars / restaurants "Pirate's Bight" pictured above and "The Club" pictured below. Pirates Bight is the traditional lunch choice at Norman Island, they serve Fish Tacos, Chicken Tenders, Chicken Fajitas, Grilled Mahi Sandwich, Chicken Roti, BBQ Bay Back Ribs, Blacken Tuna, Stuffed Eggplant or a tradtional burger.

The Club is a relatively new restaurant in the temporary structure that housed Pirate's Bight during the remodel, it is slightly more upscale and expensive, they serve Maki Rolls, Paella Tasters, Open Face Sandwiches, Fritters and more. Both restaurants serve amazing food so you can't go wrong no matter which one you choose.

the legendary floating bar Willy T. has been rebuilt and is back at Norman Island mooring.

Norman Island is a well-known destination for cruisers and other tourists because of 3 water-level caves at the base of cliffs just outside the western edge of The Bight. The are ideal for snorkeling.

The Indians are a little north of Norman Island. The Indians are an amazing deep water snorkel. Different from the other spots they charge a mooring fee. We usually avoid this and go to the free spots but if you don't mind the fee we can of course stop there too

is another great but lesser know snorkeling spot. The advantage over Indians is that you don't have to pay a mooring fee 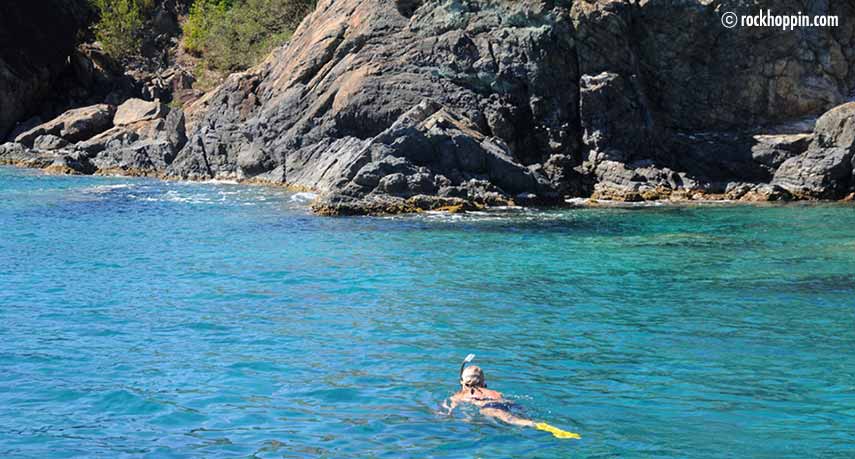 Our comfortable 32ft Powerboat can take to to Norman Island, BVI on a private charter (day trip). It is BVI so a passport is required, there is no customs office on Norman island so we  would include a stop on either Jost van Dyke or Tortola.