Explore the Virgin Islands via Powerboat

The Virgin Islands are the western island group of the Leeward Islands, which are the northern part of the Lesser Antilles, and form the border between the Caribbean Sea and the Atlantic Ocean. They are located about 80 km east of Puerto Rico, which is 1500km South East of Florida. Christopher Columbus named the islands after Saint Ursula and the 11,000 Virgins (Spanish: Santa Ursula y las Once Mil Vírgenes), shortened to the Virgins.

Politically, the eastern islands form the British Virgin Islands, short BVI (Tortola, Jost van Dyke, Virgin Gorda, Anegada) and the western ones form the Virgin Islands of the United States, short USVI (St. Thomas, St. John, St. Croix). That’s actually the only annoying part, when paddling / island hopping, you need to take your passport checking in and out between US and UK Customs & Border Protection.   The currency is US$ and  Motor vehicles are driven on the left-hand side of the road in both the British and the U.S. Virgin Islands, although the steering wheels on most cars are located on the left side (as is the norm for drive-on-the-right localities).

Rockhoppin’ Adventures is located on St. John, the smallest and most relaxed of the U.S. Virgin Islands (USVI). Our comfortable 32ft Powerboat can take you anywhere in the Virgin Islands on a private charter for the day, but most people prefer shorter rides for day trips. Here is a list and description of the most popular destinations (bear with us while we finish all the content). If your destination is not on the list, please contact us!

Mosquitos are the most single annoying thing on the island. The stings itch and can also infect you with diseases. The mosquitos in the Virgin islands are mean, they sneak up on you and will sting you before you notice them. Bring bug spray, or long pants to cover up.

There is no Power Plant on St. John. The power comes through a giant cable in the ocean through Pillsbury Sound from St. Thomas. Power outages are frequent and are sometimgs caused by Iguanas touching lines or dropping down on transformers. They usually only last a few minutes but it can be hours or days as well. Having torches and candles ready and a solar charger for your phone is always a good idea! 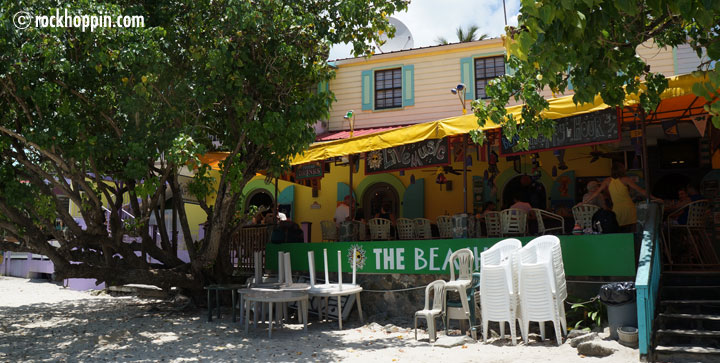 When entering a store or business, it is considered very rude if you just jump right into asking a question or say what you want. Always start with “Good morning”, “Good Day”, “Good Afternoon” or “Good Evening” and a few nice words

Slow down. Everything is on “island time”. Do not expect the same efficiency as back home. “5 minutes” island time can be anything from 15 minutes to hours. When sending a business enquiry via email, do not expect an immediate response. Many business owners work multiple jobs, especially during low season or there simply just might not be internet or power on that day.